The London Legacy Development Corporation (LLDC) is pleased to announce the start of a £6million renovation and modernisation project to upgrade several of the historic buildings at its iconic 3 Mills Studios in east London this month.

For over 30 years, 3 Mills Studios has provided a stage for many world-class TV series and films, whether that be the returning High End Television (HETV) series The Great (MRC Television) starring Elle Fanning and Nicholas Hoult, the BBC’s MasterChef (Shine TV) which has been based here since 2014, or more recently Expendables 4 (Millennium Media) featuring an ensemble cast including Sylvester Stallone and Jason Statham.

The works will create new lettable spaces to support businesses from creative industries aligned to TV and film production to make greater use of the busy screen production campus and will help deliver a world-class cultural and creative production hub throughout the Thames Estuary Production Corridor.

The 3 Mills Studios site is London’s oldest continuously running industrial centre and is referenced in the Doomsday Book. The mills provided flour for the bakers of Stratford during the time of Henry VIII then also supplied grain for the gin distillery that operated on the site from the 17th Century. From the 1980s most of the island become a dedicated centre for film and television production with the establishment of Bow Studios, 3 Mills Island Studios and Edwin Shirley Productions and in the mid-1990s the three studios merged to become 3 Mills Studios.

London is renowned as a global capital for film and television and 3 Mills Studios has been central to this success story. I’m delighted to support the restoration of these historic buildings – much loved by filmmakers from around the globe. At a time when the industry is booming, it will enable 3 Mills to play a major role in driving our recovery across the capital and throughout the Thames Estuary Production Corridor.

3 Mills Studios has always been a charming place for film, television and theatre creatives to work. These major works will allow us to increase the utilisation of our historic spaces while improving the services we offer across the site and will further add to our creative campus atmosphere.

The renovations will see the sensitive transformation of several of the site’s heritage industrial buildings, including the Grade II listed Custom House and the historic Gin Still building, into over 10,000sqft of modern creative workspaces, enabling the Studios’ ambitions and capacity to further support British and International TV drama and film production. Custom House will be completely renovated in line with strict conservation guidelines into office space that will suit a creative company headquarters, and the Gin Still will be transformed by the introduction of two new floors of film/television production offices and a multi-purpose creative space on the ground floor, while showcasing the history of the site – including a ten-metre-high copper gin still – in its atrium foyer.

The Studios’ Screening Room will be revitalised into a 60 seat multi-use cinema and presentation space, providing a dedicated venue for screenings, learning events and conferences, and a significant upgrade will be made to the digital infrastructure across site. Further upgrades to the historic cobbled streets, the Studios’ HV/LV power supply, and welfare services, will also be undertaken.

The works have been made possible by funding from the Government’s Getting Building Fund via a £3m grant allocated by the Mayor of London, and a further £1.9m funding has been provided through the LLDC’s Community Infrastructure Fund. In total, inclusive of these grants, the LLDC is investing nearly £6m into the renovation and modernisation project.

The improvements will ensure the charming historic character of 3 Mills Studios is preserved, while giving productions access the latest facilities required for film and television production, at one of London’s most centrally located studio campuses.

The designs have been completed by RIBA chartered practice Gort Scott with a team which includes the architectural practice Freehaus, and engineers OR Consulting and Momentum. The works contract has recently been awarded to Gilbert-Ash. The projects are being managed by Knight Frank Project and Building Consultancy.

These investments will look to regenerate the local area, develop 3 Mills Studios’ offering to the creative community and bolster strong economic growth benefits including the creation of more job opportunities in Bromley-by-Bow.

We are delighted to be working again with London Legacy Development Corporation (LLDC) and 3 Mills Studio on this sensitive site with extraordinary heritage value and London’s oldest still-surviving industrial centre. To preserve the industrial character of the Gin Still, the design concept comprises a new structure which is ‘inserted’ into the historic envelope creating ‘a building within a building’. This new element will be a simple robust ‘kit of parts’, with adaptable levels of enclosure and separation between spaces, to allow for flexibility and a variety of different uses. 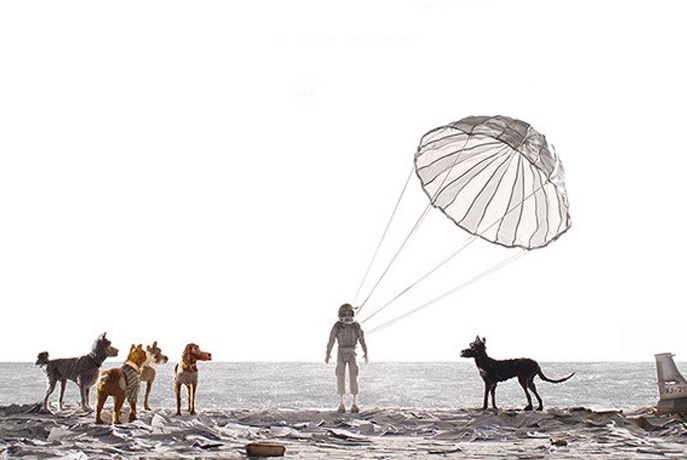 3 Mills travel to the Isle of Dogs

See all news about 3 Mills Studios