Bartlett worked with Framestore’s art department to come up with the look of the commercial’s mechanical eye which would be made up of intricate cogs and tiny levers and arms. It had to look sleek and well-engineered but represent the complexity of a real human eye.

“The initial references that were used in the brief when we talked about the mechanics of what we were designing were cogs inside a clock. But this quickly progressed into the need to create something that looked really sophisticated and modern”

Once the design was locked, the commercial’s animators had to make sure the eye moved in a way that was realistic both as the designated internal mechanics and as a real human eye. As such, at every moment in the advert the eye is in constant motion, mostly micro-movements that can almost go unnoticed.

When building the narrative for the film, the director’s treatment from William included a previs version of the commercial which shot-for-shot, essentially stayed the same throughout the rest of the production. The eye sits in an entirely-CG environment made up of a series of glass panels, the composition of which brings to mind a zoetrope, further embracing the ideas of watching moving images.

‘This commercial needed to convey that the human eye is complex yet incredibly fragile and as such needs to be taken care of. This made the project really interesting to work on because we were able to design the mechanical eye asset with a huge amount of detail. And the end result is something that’s not only very effective but also really visually interesting.’

The only live action element of the commercial is what’s being played on a screen in front of the mechanical eye and was shot in one morning by William Barlett and the team at Framestore Pictures.

Read the story & see more of the latest commercials work from Framestore here. 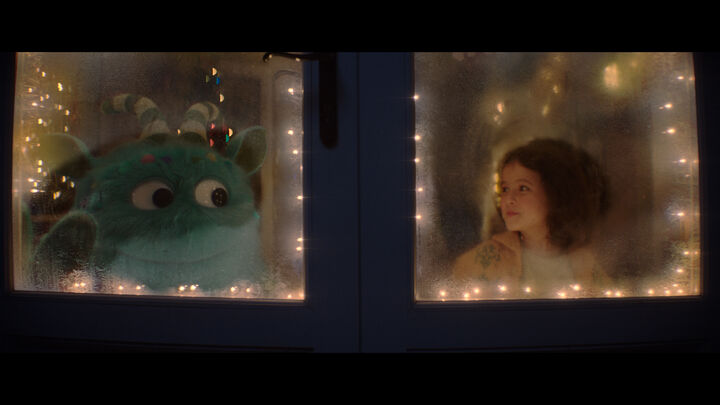