This month we interviewed Peter Rogers, Managing Director of the Cardiff-based visual effects company Bait Studio – discussing views on the current state of the UK VFX industry, the challenges of the past year, as well as their impressive credits and award-winning work.

Bait Studio is a boutique motion design and visual effects studio based in Cardiff Bay, driven by design, inspired by collaboration, and creating enticing visuals for TV, Film, Advertising and Music – Could you give us an insight into the company’s history?

Bait was co-founded by our Creative Director, multi-award-winning Motion Designer Paul Nicholas when his motion graphics studio joined forces with a local VFX provider. One of the first projects the newly integrated team worked on was Disney’s Tales of Friendship with Winnie the Pooh.

We are part of the Gorilla group, Wales’ largest post-production company and like them, we are based in Cardiff Bay, opposite BBC Roath Lock Studios.

If you were to sum up the personality and company culture of working at Bait Studio, what would it be?

We’re a small close-knit team and we’re big on work-life balance. Having a studio that looks out onto Cardiff Bay helps with that!

Having motion design and VFX artists working together ensures we have a keen design and compositional eye, while also always being open to collaboration. We thrive on creative challenges and finding interesting and innovative ways to answer a brief or solve a problem. We’re constantly asking ‘Why?’ and using that insight to get under the skin of projects rather than just following the easiest path or simply doing what’s been asked of us.

Across the core team, we’re all creatives at heart. We’ve written and directed our own short films, written and drawn comics, written and directed music videos, had artwork published etc. We love getting to collaborate with other creative people, that’s what makes us tick.  And our priority will always be story first. We like to be involved with a production as early as possible so that we can get under the skin of the story – so all the advice we offer is aligned to the narrative.

The UK is internationally renowned for quality VFX, and rapid growth in size and skill. What is your view of the UK VFX industry currently, and do you think there are any changes on the horizon for the sector?

The shadow of Brexit still looms large and the combination of that and the pandemic have made for some very uncertain times within the industry.  Working remotely makes it harder to bring in juniors and new starters, so it’s a challenging time for the next generation of talent to make their mark too.  From speaking to others, I’d say that 2021 has been about consolidation and getting things on the right track after the challenges of last year. The knock-on effects of delayed productions also mean that facilities are very busy. That makes the changes to freedom of movement and the hurdles to bringing new crew through even more pronounced.

Thankfully I think the UK VFX industry has become more and more resilient and I think part of that is the slow road to becoming slightly less London centric.  With hybrid working, the talent pool can be spread wider and that will only help the continued growth of studios in the regions. Outside of things like the use of AI and Virtual Production, I think the growth of smaller, more agile companies closer to the ground is likely to be the biggest change. Especially with broadcasters opening regional hubs and with the sheer volume of content for the streaming services.

How have Bait Studio’s working practises developed in response to changing need to stay connected during the turbulent last 12 months we’ve experienced?

We were set up to work from home very quickly, ahead of the government advice, having monitored the news stories and the impact of coronavirus in other countries.

It’s taken some adjustment, but the key for me has been to keep talking to people. I think I speak to my team more now than I did when we were all in the studio. I’ve certainly met more of their children and their pets from daily calls, that’s for sure. The current situation has reminded me what a strong team we have and how much they look out for one another. The past fifteen months has pulled us even closer together.

We’ve also been able to adapt to new projects like Roald & Beatrix: The Tail of the Curious Mouse for Hartswood/Sky with support from the talented remote crew who might not have been able to relocate at short notice if the work had been studio-based. We turned around 265 shots on that show, with a tight turnaround.

Do you have any favourite (released) projects that Bait Studio has worked on in recent years?

Within the motion design team getting to work on music videos for Deep Purple and Europe were personal highpoints, along with titles work for shows like Bancroft, Bang, and The Pact.

On the VFX side, we got to do some really interesting and pretty gruesome things on Apostle, Gareth Evans’ (The Raid) film for Netflix. That work opened a lot of other doors for us and netted us a BAFTA Cymru award for Best VFX in the process.

Roald and Beatrix, that I mentioned earlier, was really enjoyable, we got to work very closely with production to help make sure it was all ready for the Christmas TX. Getting to do that after months of uncertainty and with some new crew onboard felt good.

My personal favourite project has to be Dream Horse, which has just gone on general release finally. We ended up doing around 200 shots, in the end, lots of invisible effects like crowd replication mixing greenscreen shoots with CG crowds. The cast and crew screening was my last visit to the cinema, back in February 2020 and I think seeing it again with my family might be my first time back to the big screen.

Everything about that project was a delight, the post process was almost as feelgood as the film itself.  As the sole vendor on the film, we got to work with director Euros Lyn again, having done some work on Kiri for him previously. He’s really collaborative, so we got to make suggestions and find creative solutions alongside him and the editorial team.

On a personal note, being involved with a film about horseracing reminded me of my childhood, I can remember us all huddling around the TV to watch Champions when I was a boy. My parents haven’t seen any of the sci-fi and horror films we’ve worked on, but I think they’ll enjoy Dream Horse!

Are there any marked goals or plans for growth you can tell us about for Bait?

Like many smaller studios, the first goal was getting to the other side of 2020!  Thankfully 2021 has been very busy and will continue like that into next year. This year will see us meeting a lot of our goals, which is a great way to bounce back. Our growth plans involve forays into virtual production and working on larger projects, especially more TV series alongside our established indie film and continuing drama work.

We do have expansion plans, but we don’t want to go too big though. We wouldn’t want to lose what makes us different and the personal touch and investment in projects at all levels that directors like so much about us.

Thank you for your time!

Find out more about Bait Studio at: 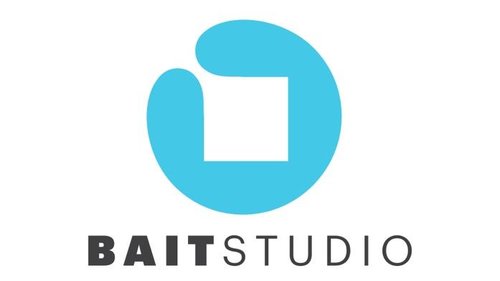 See all news about Bait Studio