One of Us is proud to announce its involvement with over 100 VFX shots on the new Showtime series The Man Who Fell To Earth.

The main work of the studio is revealed right at the beginning of the series, in episode one, when an alien crash-lands on Earth, climbs out of the crash site crater, and grows a skinsuit to disguise himself as a human. Later in the series, he starts wandering the world with a mission: to learn to become human and find the one woman who can help save his species. Although, they will soon discover that in order to save his world, they must first save ours.

According to the One of Us team, led by VFX Supervisor Rupert Davies, VFX Producer Sameera Bulusu and supported by CG Supervisor Andrea Falcone and 2D Supervisor Andy Tusabe, The Man Who Fell to Earth was a fun project to work on.

The series opening scene, a breathtaking long space sequence, was One of Us’ initial focus. We see a tiny mysterious object traversing galaxies to eventually reach Earth, where it crash-lands.

Rupert Davies and Andy Tusabe developed a 2.5 D visual style, based on a blend of NASA photography, which the client immediately liked.

I really enjoyed working on the space sequence. As a child, I always had a fascination for NASA images. Being able to play with them and bring them to life was an amazing experience.

The team tackled the space sequence exclusively with 2D tools, which was an unusual and creatively rewarding experience. The result was a painterly, ethereal look that helps tell the story.

An object from outer space crash-lands onto our planet, burrowing a deep crater in the limestone layers of a desert, somewhere in New Mexico.

This is the time the main character, Faraday, is introduced, and also the time the CG team got busy. The camera dives into the crater to reveal, at the bottom of it,  a creature that bursts out of a mysterious membrane.

The client shot some beautiful footage inside a detailed set, a recreation of a 20 feet deep limestone-rockshaft – a very successful practical effect. But what was initially just a set extension, to make the live set rockshaft deeper, developed into a fully CG sequence. We replaced the whole environment, the practical effects and the actor in most shots.

Then comes the skin suit. This is where we learn that our protagonist is in control of some kind of nano-tech technology. Earlier, he used the same nano-tech to create a protective membrane for his space travels. Now that the membrane is open, the nano-tech turns into a liquid, which then envelops his leg and gradually covers and remodels his whole body, to become human.

The rockshaft required a detailed CG build of the environment. Once the team realised they were replacing the whole environment, the CG artists took the opportunity to make it a lot more exciting, adding molten rock, debris and atmospheric effect. The skin suit required extensive Houdini FX work and close collaboration between FX, Lighting and Comp artists.  For the nano-tech liquid motion and skin formation, One of Us needed to find a technique that felt organic and mathematical at the same time. The team used growth algorithms to control how the nano-tech liquid climbs onto and covers the body.

Another important sequence for the team is what they call ‘Josiah’. The scene starts with the protagonist entering in a menacing way in a room with a dying man and shuts the door behind.

It looks like he is going to kill him as he grabs the other guy by the throat, but then it’s clear he is actually healing him when you see the energy flowing from his eyes, curing the illness, represented as a black cancer.

It is a very visual scene that required a lot of tracking to represent the veins in the skin and all the glowing lights.

It was mostly 2D. We used some CG elements to create the internal anatomy but it was a creative job almost fully handled by Andy and his team.

Another very creative and fun sequence to work on is the face deformation sequence, “which was also the directors’ favourite. Faraday is in a plane and the effects of gravity and acceleration are causing his skinsuit technology to malfunction.

The CG team recreated the head, which needed to be tracked, deformed, lit and then it had to be blended with his real head.

The face deformation sequence was a particularly enjoyable one for us to work on. The client gave us a blank canvas, the brief literally was, ‘Do something that will make us laugh’. We had to very quickly develop a look without investing too much time on CG builds. We did use a digi-double but it was the Compositing work that really made the sequence successful. 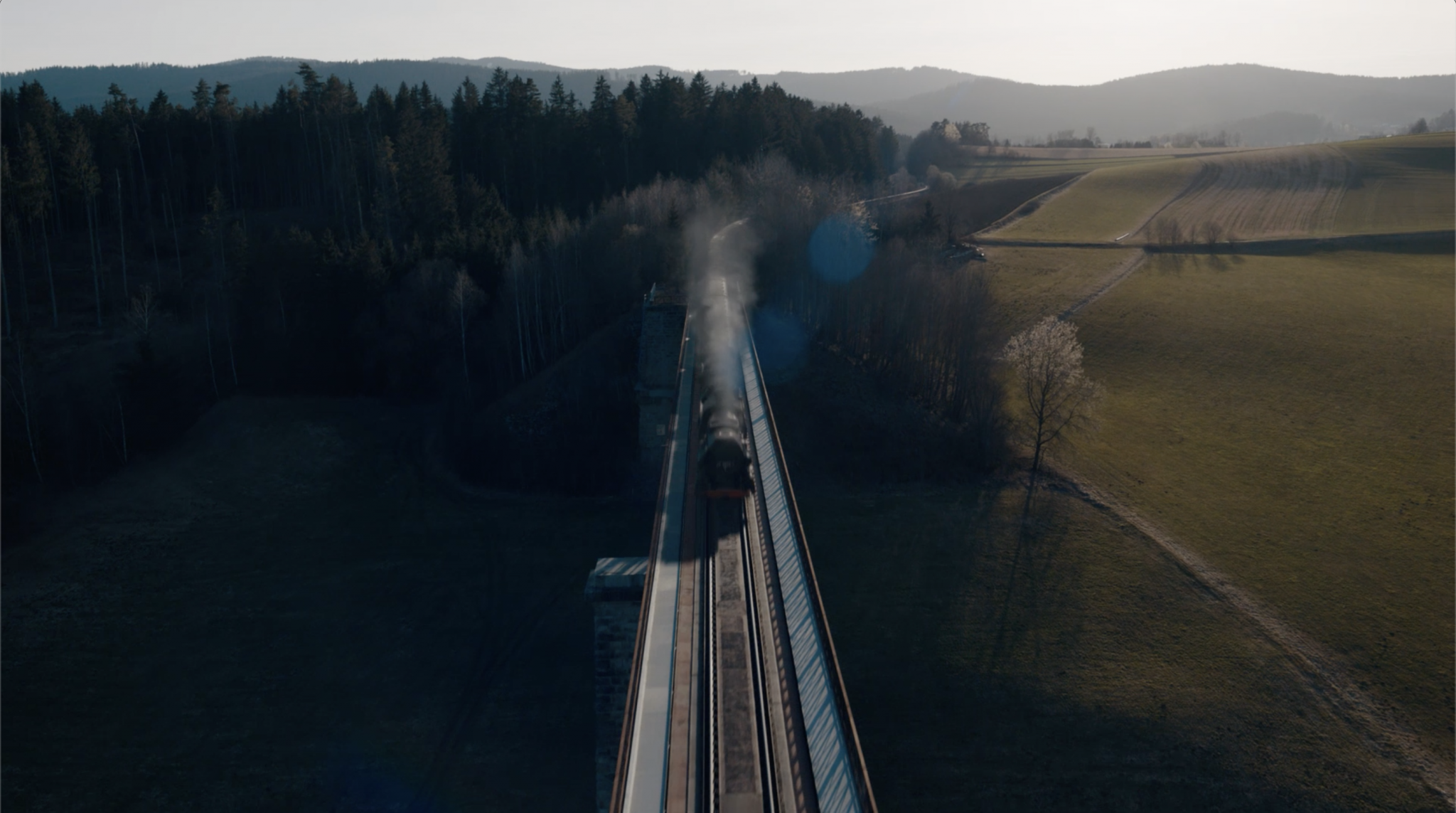 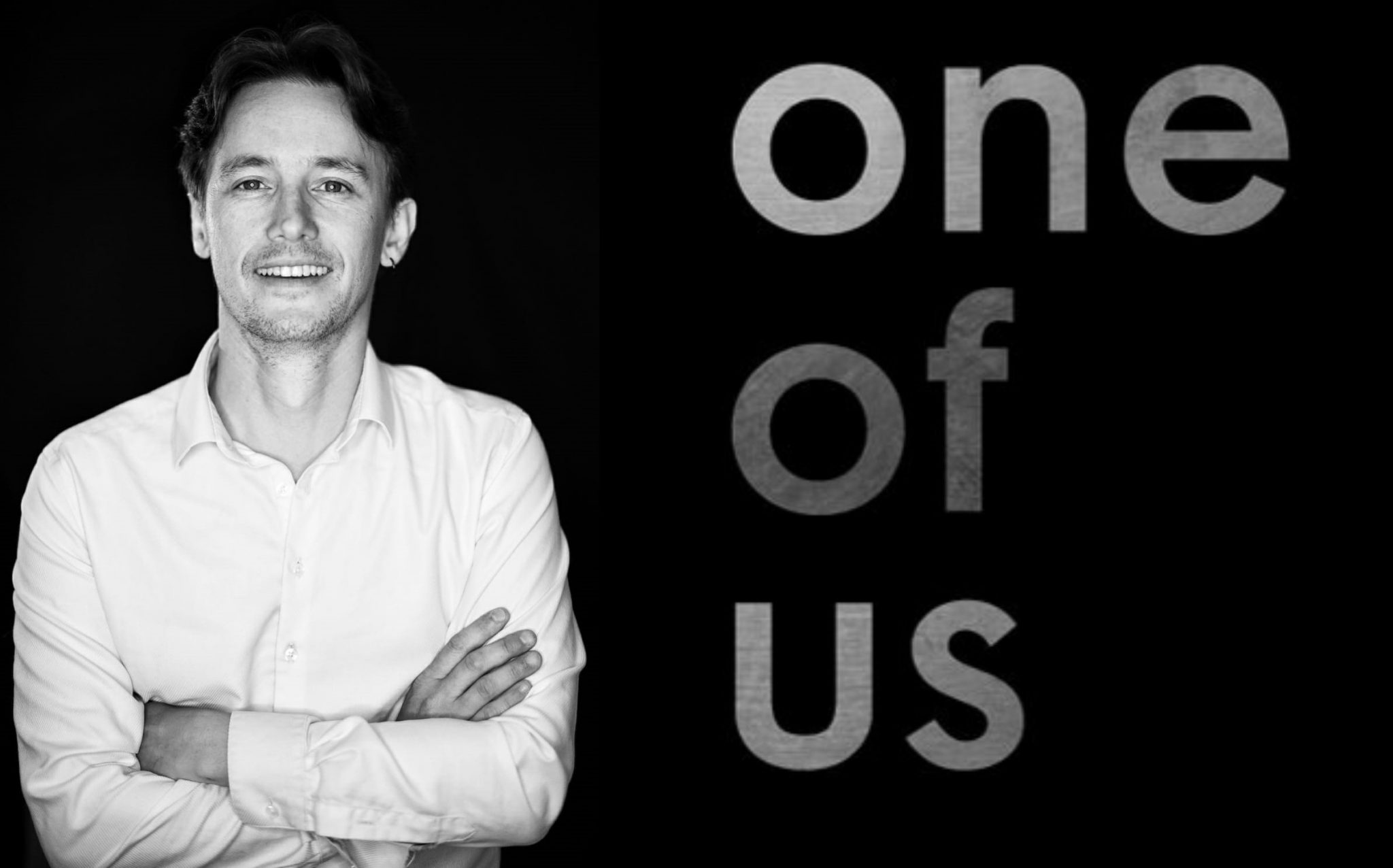